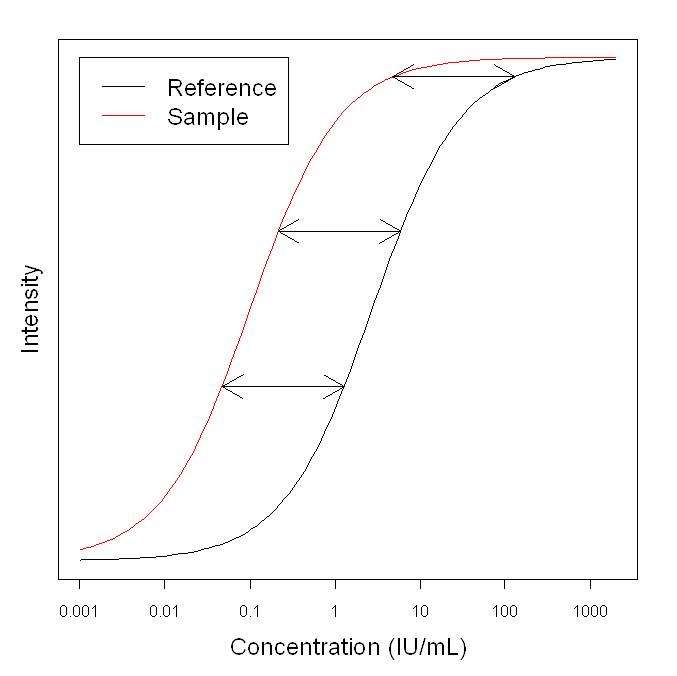 What is Relative Potency?

Relative potency is a term used in bioassay to refer to the ability of a test sample, of unknown potency, to produce the desired response compared to a reference sample, when tested under the same conditions.

This first blog will deal with relative potency, a concept often misunderstood by those new to the field. The official guidance can be found in the EurPh 8th edition and the USP bioassay guidance.

This was all described in 1964 by Finney:

Relative Potency refers to “the ratio of two equally effective doses is an estimate of the potency of the test preparation (T) relative to that of the standard (S).” (Finney 1964)

Note that the relative potency is NOT dose specific. It is not quoted as the potency for a certain effect, but just as a ratio when the two samples produce the same effect (of any magnitude). This assumes that the standard and test sample have the same biologically active component, and so behave similarly across the whole range of doses. I.e., one can be considered as a simple dilution of the other. (This is one of the issues with biosimilars, which are of course, not usually identical in their biological activity across all doses. This will be the subject of a later advanced content blog.)

It would of course be possible to define an absolute level of response, and then titrate the standard and test samples to achieve that level of response and measure the dose of each required. However, as noted by Finney, this has many practical problems particularly if you are examining the effect of, say, an insecticide on aphids. In addition, a measure of relative potency at a single dose does not allow any assessment of the behaviour / potency of the test sample at other doses. Perhaps the test sample has degraded and is no longer the same biologically.

So in practice a range of doses are tested, and results plotted as Log(dose) against response. From the equation above, Log(Relative Potency) = Log(Dosestd) – Log(Dosetest) = the horizontal shift along the log(dose) axis: 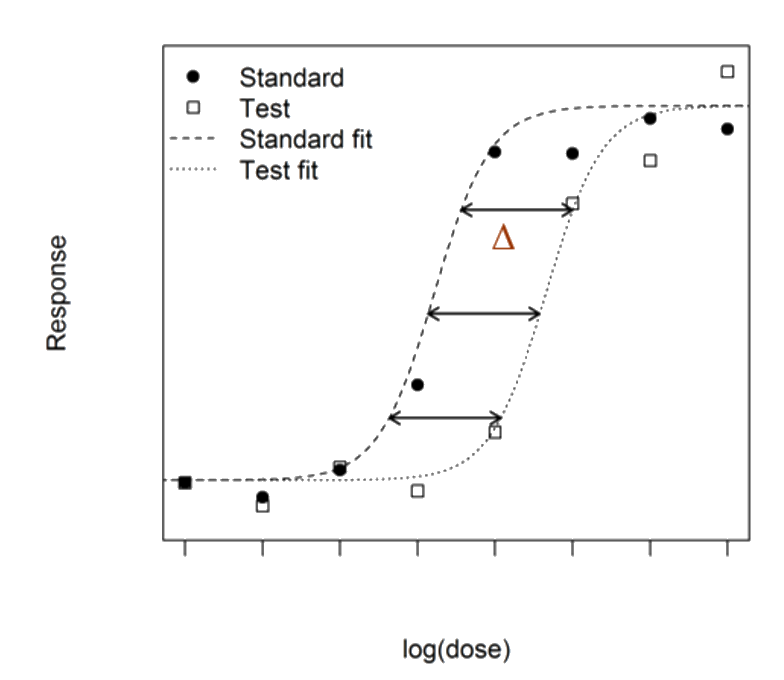 Notice that the Log(Relative Potency) horizontal shift is the same at all doses. Two lines that are the same distance apart (when measured in a defined way) are said to be parallel. If the test item did not have the same biologically active component as the standard the relative potency would vary over the dose range: 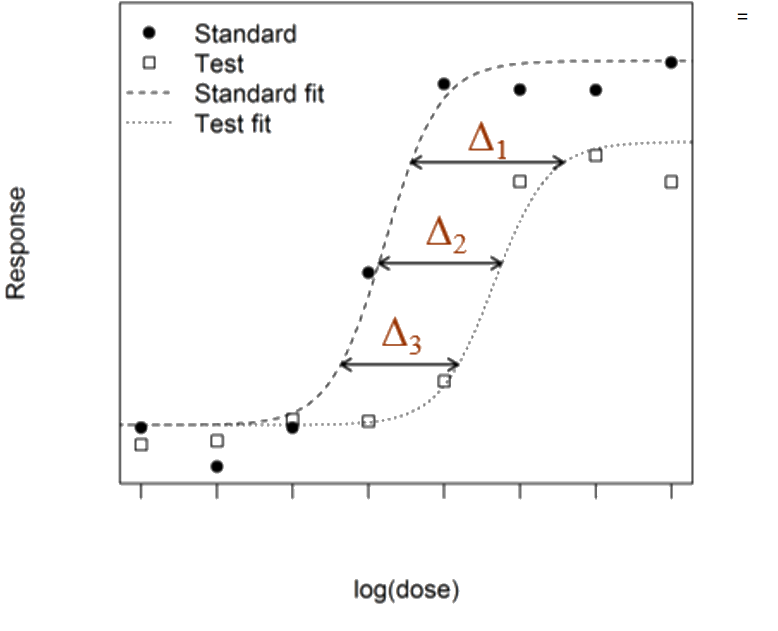 The lines are no longer parallel.
This explains the importance given to parallelism testing by the regulatory authorities – it gives confidence that the test item is acting as a dilution of the reference, ie it does contain the same biologically active components.

We hope you’ve found our first post informative. You can sign up to receive our further material on this subject below & If there are any particular topics you’d like to see covered in the future then please (let us know/comment below).

SIGN UP TO RECEIVE OUR FUTURE BLOG AND PAPERS