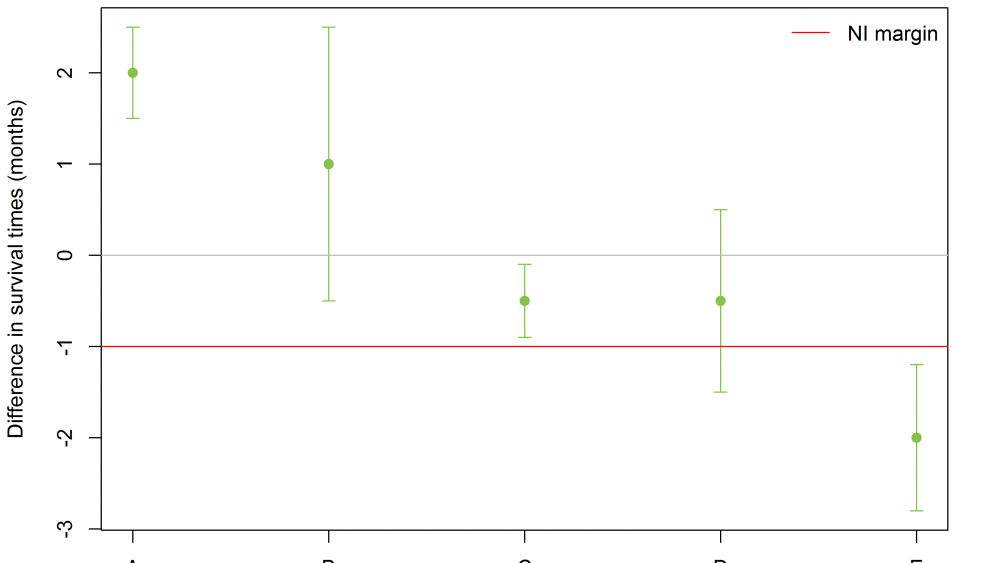 What is a Non-inferiority Clinical Trial?

The difference between superiority and non-inferiority trials

Standard clinical trials usually aim to show that a new treatment is better than an existing one. Often this is done by measuring some outcome (say survival time – read our survival blog here) for two groups of patients, each of which has been given one of the treatments. At the end of the trial, the difference in the outcomes between the two treatments is calculated; if this is greater than zero, and the difference is statistically significant, we can conclude that the new treatment is better than the existing one. (We are assuming throughout that a high value for the outcome is better than a low one.) This is called a superiority approach, since the aim is to show that one treatment is superior to the other.

However, superiority trials are not always feasible. If the difference between the treatments is believed to be very small, the sample size required to show superiority will be huge. In some situations, the new treatment may not be superior to the existing treatment at all – if so it will be impossible to show it is superior, however large the sample size.

The non-inferiority trial is a useful alternative in such situations. As the name suggests, the aim is to show that the new treatment is not inferior to the existing one – that is, it is either equally effective or better. If this can be established, the new treatment can be considered as a replacement for the existing treatment, especially if it has other advantages (e.g. cost, safety) which make it preferable.

To decide whether the new treatment is indeed “equally effective or better”, the difference between the treatments is compared to a non-inferiority margin. We will explain what this is in the following example. 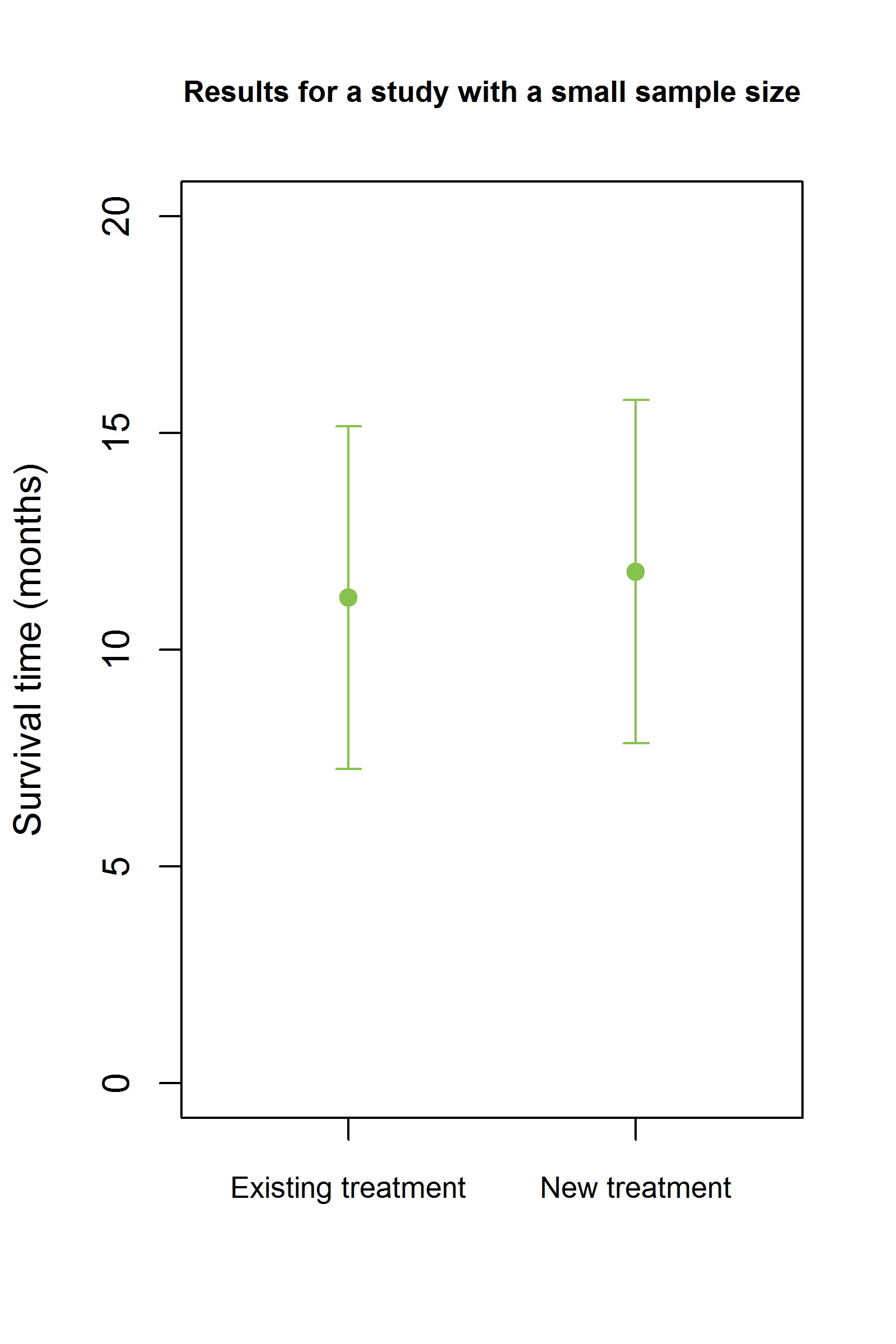 In this example, the estimates of the median survival time are:

On the other hand, with a study the results could be much more precise, as shown in this figure: 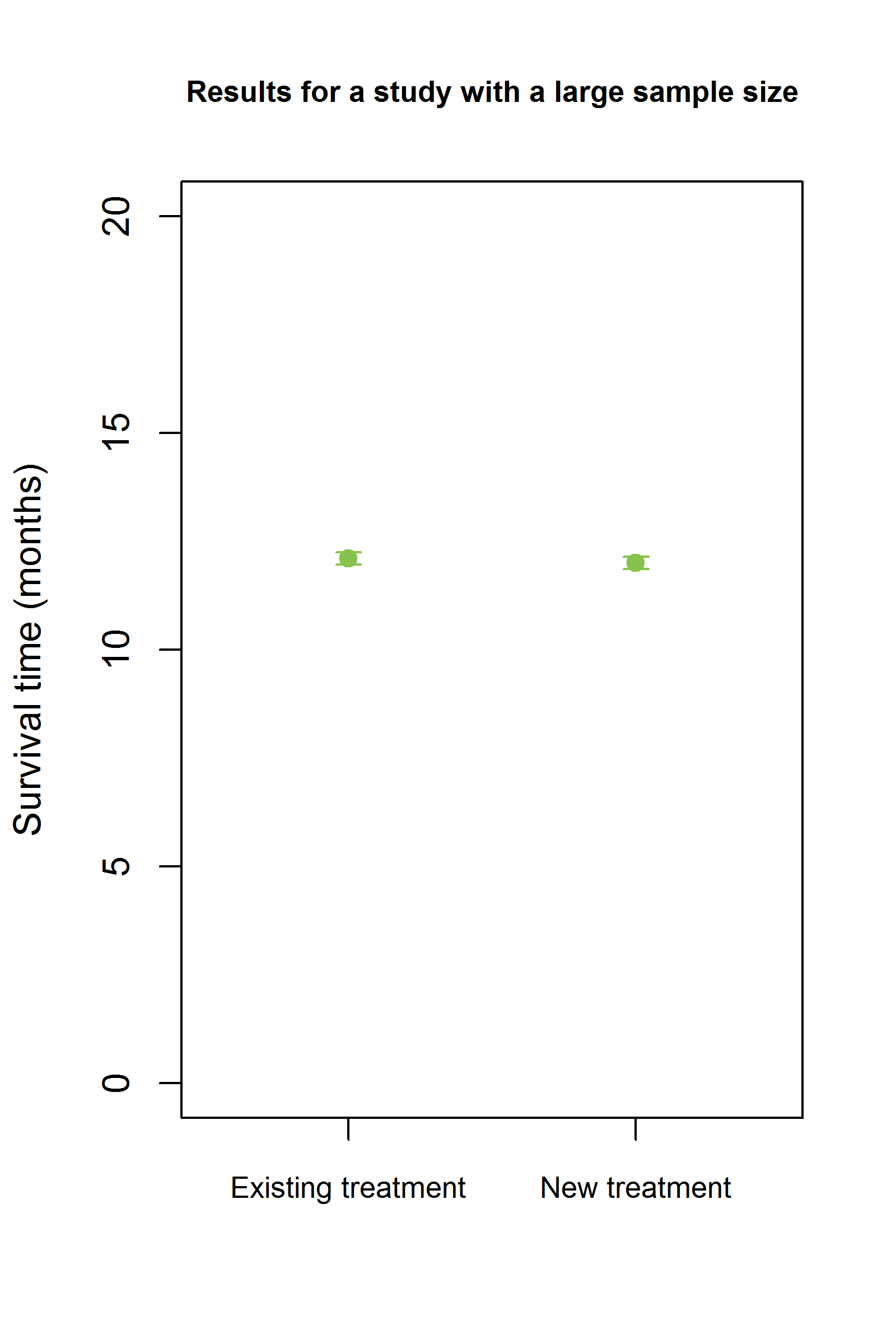 In this example, the estimates of the median survival time are:

Once the non-inferiority margin has been set, the CI for the difference is compared to the margin to decide the outcome of the trial. If the CI is entirely above the margin, the new treatment is non-inferior to the existing one.

How this works in various scenarios is shown in the figure below. 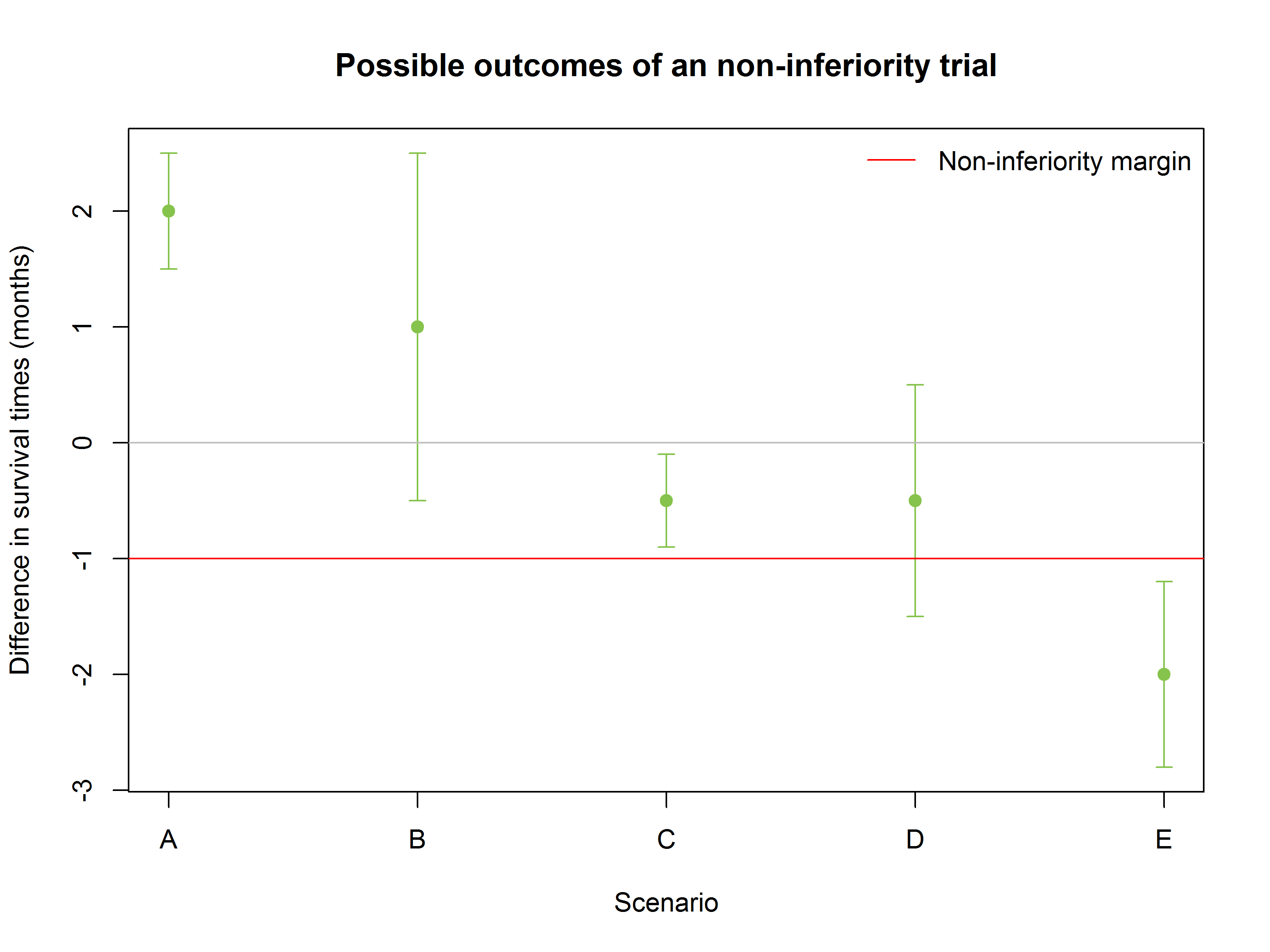 Both the FDA (ref 2) and the European Medicines Agency (ref 3) have published guidelines describing in detail methods for setting non-inferiority margins but the guidelines aren’t always straightforward so we will focus more on how to set these limits in our next blog.

If you want to ensure you receive this as soon as we publish it and you are not already a subscriber to Quantics Biostatistics Blog please sign up below.

Guideline on the choice of the non-inferiority margin. Committee for medicinal products for human use, European Medicines Agency, 2005.