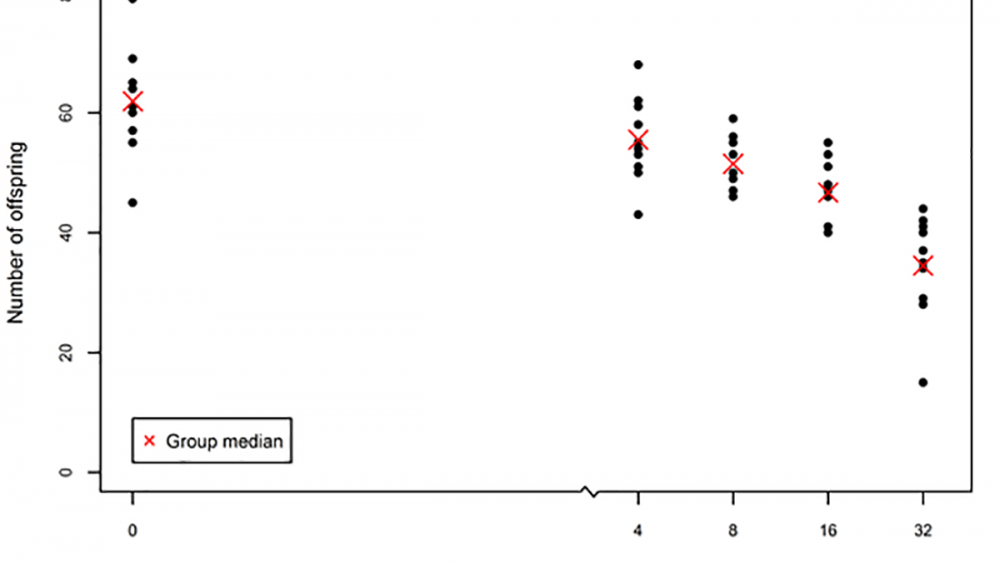 The Jonckheere-Terpstra test for ordered differences

Recently our team at Quantics were working on an analysis for an ecotoxicology client which called for us to use the Jonckheere-Terpstra test for ordered differences which is recommended by the OECD in their guidance document on statistical analysis of ecotoxicity data. We were subsequently asked to explain how it was used and we thought it would make a great subject for our Ecotoxicology blog, so here we go.

What is the Jonckheere-Terpstra test and what is it used for?

The Jonckheere-Terpstra test is a non-parametric, rank-based trend test. It can be used to determine the significance of a trend in your data: whether an increase in one variable results in an increase or decrease in another variable. The Jonckheere-Terpstra test is often used in toxicology studies to assess whether there is a trend in the response with increasing concentration, i.e. a concentration-response relationship.

For example, if you have data on an organism’s response to a substance, such as the reproductive response of Daphnia magna exposed to a potential aquatic pollutant, you may need to test whether there is an increase or decrease in the number of offspring the Daphnia magna produce as the concentration of the substance increases. The following figure shows the number of offspring produced by each daphnid at each concentration, with the median number per daphnid in red. 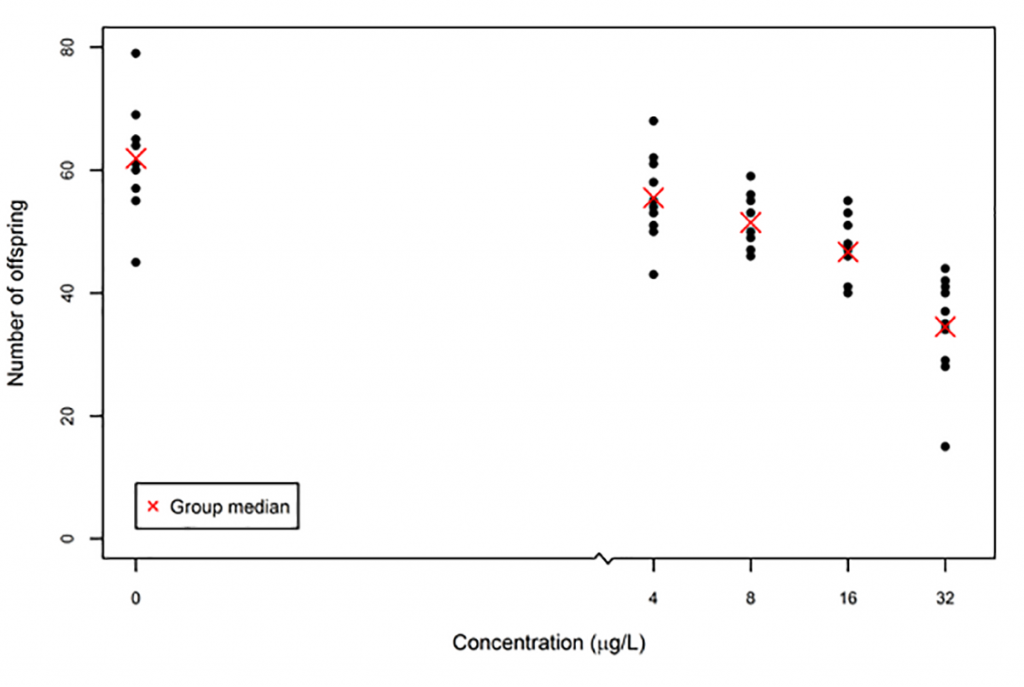 where at least one of the inequalities is strict (i.e. < or >, rather than ≤ or ≥), and where τi represents the effect, or the median number of offspring produced in exposure group i, from i=1…K.

A few assumptions are key to performing a Jonckheere-Terpstra test, as follows:

The significance of a potential trend can be determined by first calculating a Jonckheere-Terpstra test statistic, followed by calculating an appropriate p-value. Several statistical programs have the capability to perform these calculations, which will be described in more detail below. First you must determine the appropriate method to calculate the p-value, as there are three different methods available, depending on the nature of the data. These three methods are as follows:

If these assumptions are met, both one-sided and two-sided exact p-values can be calculated.

The permutation test can also be used when the sample size is too large to use the exact test.

What statistical programs offer this test? Both SAS and R, amongst others, contain the functionality to perform the Jonckheere-Terpstra test. The ‘clinfun’ package in R can perform a  Jonckheere-Terpstra test, with the exact test as the default if the sample size is less than 100 and there are no ties, otherwise the test defaults to the permutation test. SAS provides a Jonckheere-Terpstra option in the TABLES statement of the PROC FREQ command, which by default performs the asymptotic test but options are available to perform both the exact and permutation versions of the test. The SAS documentation also has extensive detail describing the calculations involved in deriving the test statistic and p-value.

When we perform the test in house Quantics often uses a diverse self-checking pair (DSCP) programing process, whereby the analyses are double programmed using SAS and R to validate and 100% QC the results.